BethlehemSCV
Isn’t hell unfair and unloving?
View All Past Notes View This Note w/o Blanks Share 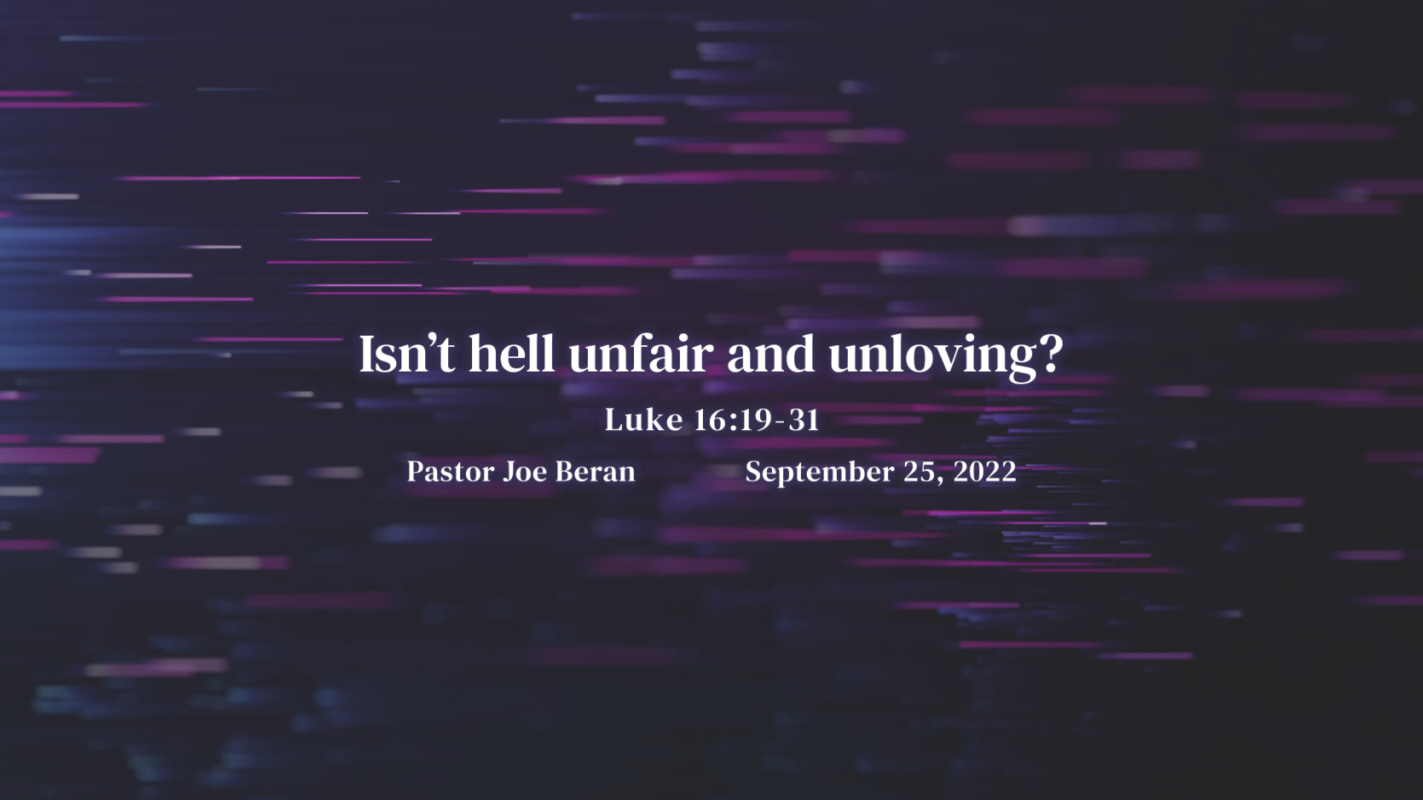 Is the doctrine of Hell unloving or unjust?
If God is good, why would He allow Hell to exist in the first place?

“But this man fails to see even in hell that his unbelief brought him to hell. He does not repent of that unbelief.  He invents a new means of grace for his brothers, one that God should have applied also in his case but did not apply. His plea for his brothers is a covert accusation of God who could have prevented his arriving in hell by a simple means but failed to use that means. If the rich man had been warned as he now proposed to have his brothers warned, he would not be in this place of torment.  Yes, he is more concerned about his brothers than God is, knows better than God how to save them, and blames God for his terrible fate.” – Lenski