BethlehemSCV
What’s the earliest Christmas story?
View All Past Notes View This Note w/o Blanks Share 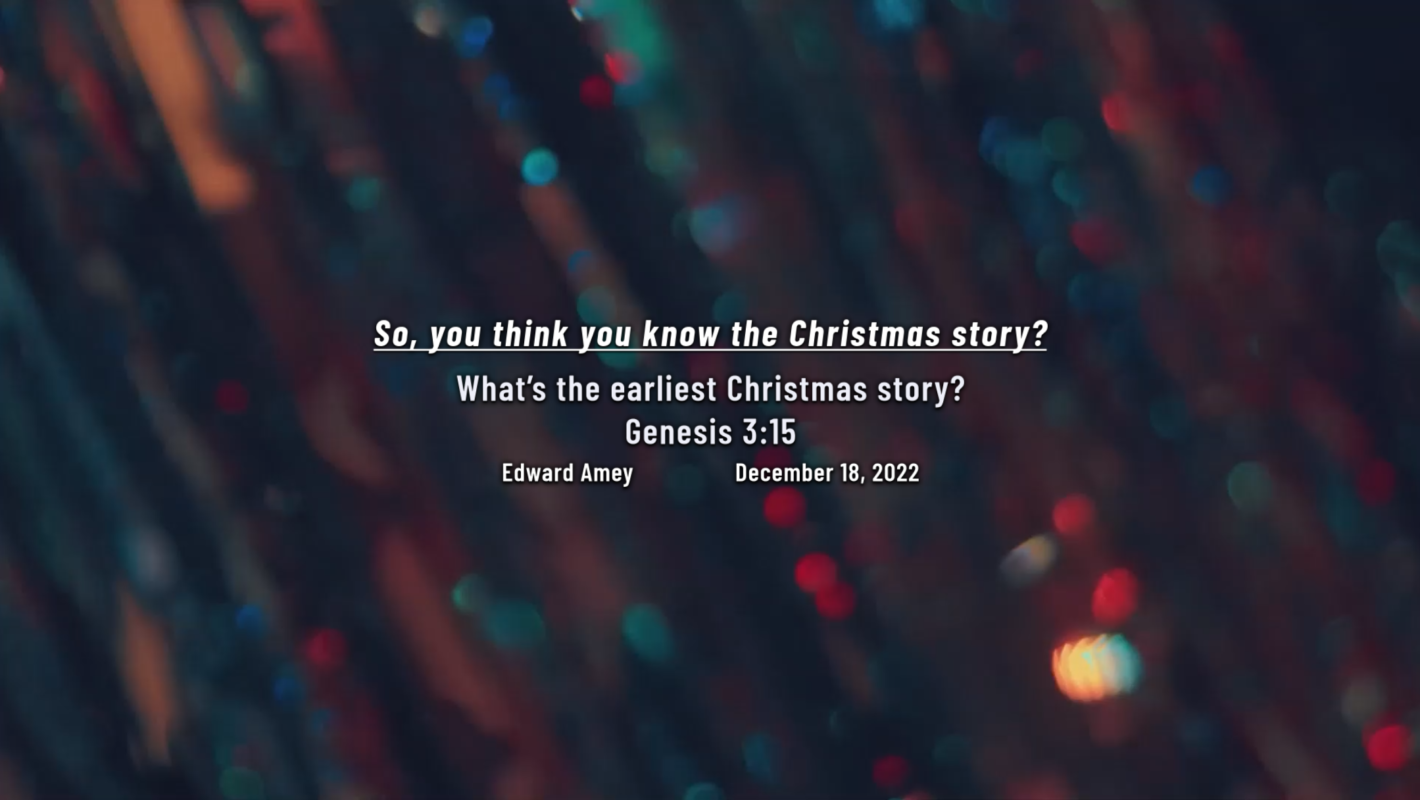 What would you say if I told you the first words of the Christmas story were actually spoken in the garden of Eden?!

Genesis 3:15 – “And I will put enmity between you and the woman, and between your offspring and hers; he will crush your head, and you will strike his heel.”

2 Timothy 1:9 – …who has saved us and called us with a holy calling, not according to our works, but according to his own purpose and grace, which was given to us in Christ Jesus before time began.

Micah 5:2 – “But you, Bethlehem Ephrathah, though you are small among the clans of Judah, out of you will come for me one who will be ruler over Israel, whose origins are from of old, from ancient times.”

John 1:1-3, 14 – In the beginning was the Word, and the Word was with God, and the Word was God. He was with God in the beginning.  Through him all things were made; without him nothing was made that has been made.       The Word became flesh and made his dwelling among us.  We have seen his glory, the glory of the one and only Son, who came from the Father, full of grace and truth.

Why is it so important to recognize that the Christmas story begins so long ago, all the way back in the Garden?

Isaiah 53:6 – All of us like sheep have gone astray, each of us has turned to his own way, but the Lord has caused the iniquity of us all to fall on Him.

So, I ask again, why it is so important to recognize the true beginning of the Christmas story?!