The Gospel According to Jonah – Session 3 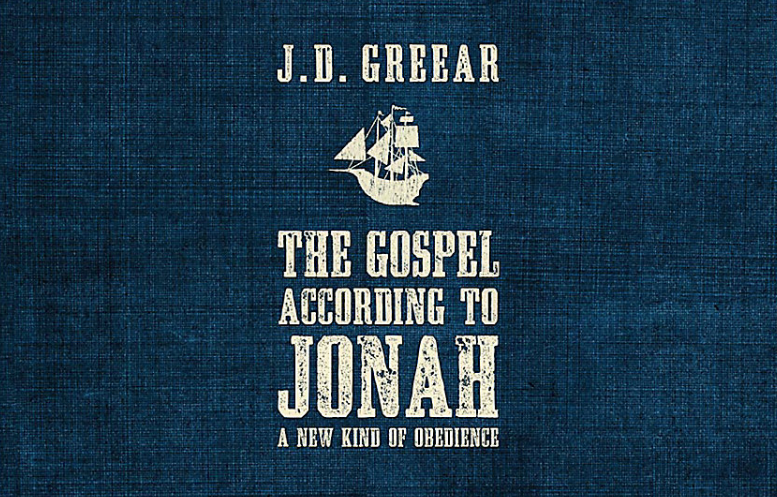 God isn’t just after ; He’s after obedience that is by .

As your group time begins, use this section to introduce the topic of discussion.

Who has been the most influential person to your faith? Why?

What from your personal study of Jonah has impacted you most up to this point?

In this session J.D. is going to explain the end of Jonah’s prayer, his message of salvation, and its implications for us.

Was there a particular statement or verse from the video that stuck out to you?

How is Jesus like Jonah? How is He different?

What is something you feel you could never give up? Do you consider it an idol in your life?

In what three ways does the gospel change us?

In today’s video, J.D. describes the two ways you have to read the Book of Jonah: existentially and Messianically. All that the prophet Jonah did wrong, Jesus the Messiah did right. Knowing that you might get swallowed by a fish if you disobey might change your , but knowing Jesus was swallowed by death in your place will change your . Through Jesus we learn that God isn’t just after obedience; He’s after a whole new kind of obedience, an obedience that grows from desire, an obedience fueled by love.

Unpack the biblical text to discover what the Scripture says or means about a particular topic.

Jonah’s message of salvation is certainly not confined to the Book of Jonah. It is the central message of the Bible. It runs like a thick thread through all 66 books, tying them together regardless of genre or date of authorship. The Book of Acts shows the church picking up this same message. In Acts 4:5-22 the apostle Peter is asked by the local authorities, the Sadducees, to explain by what power or name he healed a lame beggar (Acts 3:1-11). The setting is the day after Peter and John had spent a night in jail for preaching their message of salvation.

Focus first on Acts 4:5-12. What claims does Peter make about Jesus?

Peter switches from talking about healing to talking about salvation. What connection is Peter making that exists between healing and salvation? Why should this matter for us?

What parallels do you see between Jonah’s prayer in Jonah 2 and Peter’s message in Acts 4? What differences do you see and why are they significant?

In Peter’s response to this interrogation there rings a familiar tone of humble confidence reminiscent of Jonah’s prayer in Jonah 2. Jonah was humbled by being in the belly of a fish, yet confident God was powerful and gracious enough to rescue him. Peter was humble enough to quickly give credit for any miracle to the name of Jesus, and was confident in Christ’s sovereignty enough to speak boldly to these authorities knowing it may cost him his life. Peter’s message of salvation gives New Testament clarity to Jonah’s Old Testament proclamation in Jonah 2.

Using what you’ve learned up to this point, explain how one receives the salvation offered in Christ.

Like the Sadducees, some people today get upset when they hear Christians proclaim the message that Jesus is the only means of salvation.

What can we learn from Peter and John for how we engage those who may be hostile to the gospel?

Acts 4:19-20 gives the reader a quick look into the inner motivation of the people of the early church. Why are their words so important to a healthy perspective on the Christian life?

Identify how the truths from the Scripture passage apply directly to your life.

Have you surrendered all of yourself to God? Are you running from God in any area of your life?

What is one achievable action step you can take this week in response to what you’ve discussed in this group?

Allow your group to pray silently for a few moments as they wrestle with the questions asked in the Application section. Close this prayer time by praying aloud for your group to live humble, surrendered lives before God. Pray for those who have not yet received the gift of salvation. Praise God for the ways that the gospel changes us.

4:5-7. The parties listed in verses 5-6 represent all the most powerful players in the Jewish religious establishment. They made Peter and John stand before them, two men against all the powers of Israel. Ironic, therefore, that they asked the apostles by what power they had performed the miracle and preached the gospel. It was clear that the apostles, who shirked the traditional powers, considered themselves answerable to and empowered by a different authority.

4:8. Peter was filled with the Holy Spirit, a necessary prelude to his successful confrontation with the Jewish religious establishment.

4:9-10. Peter again emphasizes to a Jewish audience that Jesus Christ the Nazarene, whom the nation had crucified, was raised from the dead by God. This same Jesus is the power by which the lame man was made healthy.

4:11. Peter again identifies Jesus with Old Testament testimony by citing Psalms 118:22. Though Jesus was a stone rejected by the Jewish leaders, God made Him the cornerstone (foundation) of the church. God’s people, portrayed as a building, are both built on the foundation of Christ and are completed by Him. The word translated rejected carries the idea of rejecting with contempt, possibly referring to the crucifixion

4:12. Peter concluded by making clear the uncompromising claim of Christianity: There is salvation in no one else besides Jesus. This message rings throughout the New Testament. Jesus Himself said, “No one comes to the Father except through Me” (John 14:6).

4:16-18. Remarkably, the Sanhedrin admitted that an obvious sign had been done through them (the apostles), and yet rather than repent and believe they focused on damage control among the people. They sought to halt the spread of Christianity at all costs, so they ordered the apostles not to preach or teach any more about Jesus. It seems they wished to guard their status as religious authorities even at the expense of obvious truth.

4:19-20. Peter and John’s reference to what they had seen and heard included their experiences with Jesus plus what they had witnessed since the founding of the church at Pentecost. All told, they had been eyewitnesses to many of God’s revelatory acts.